If you’ve ever suffered from a blocked ear, then you can relate to the feeling of desperation many people experience; wanting to clear their ears any way possible. People are willing to do almost anything to clear their blocked ears and restore their hearing, but many of the techniques and tools which are available to use at home simply make the problem worse. You may even risk damaging your sensitive ear canal or ear drum.

At Earworx, we understand how frustrating a blocked ear can be, but we also care about your delicate ears, which is why we’ve compiled a list of the ear wax removal tools that actually work and which ones you should stay away from. 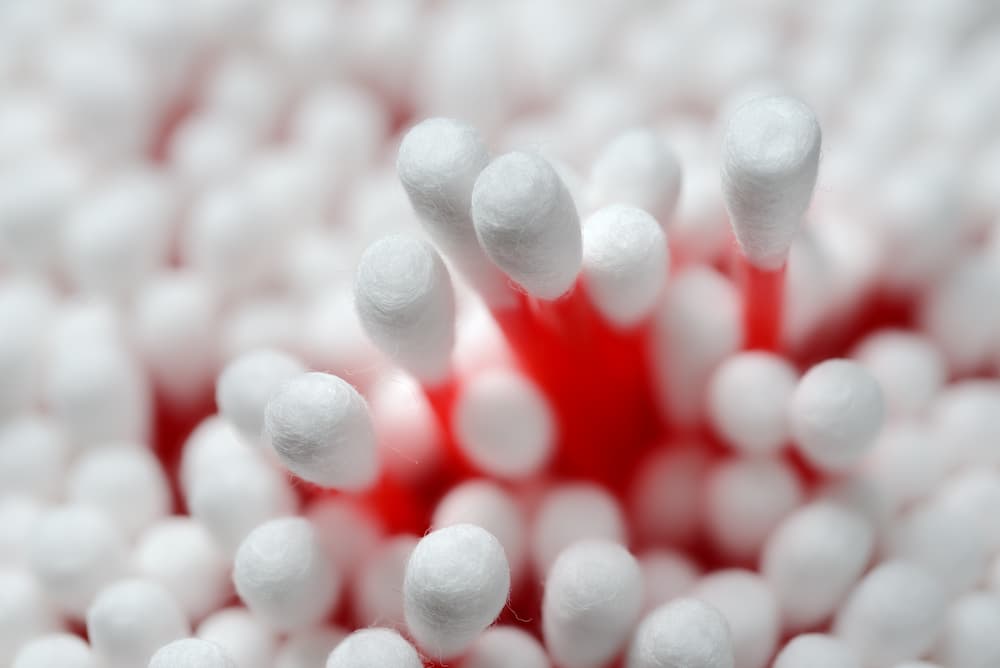 When Should You Remove Ear Wax?

Many people falsely believe that ear wax is a dirty substance and so, like dirt, should be removed or cleaned from your ears. But this is actually far from the truth. Ear wax is a vital part of our delicate ear organs and, in fact, helps to keep them clean. This is because soft, sticky ear wax at the entrance to your ear canal traps unwanted dust, dirt or micro-organisms which could otherwise move further down the canal, damaging either your ear canals or ear drums.

Furthermore, ear wax doesn’t usually need to be removed manually thanks to a self-cleaning mechanism which few people know about. Our ears actually have a thin layer of skin coating the eardrum and ear canal that migrates slowly from the ear drum out of the canal, carrying the wax with it. Once the skin (and attached wax) reaches the entrance of our ear canals, it falls away unnoticed or can be gently wiped away. Talking and chewing also helps this process as the skin in our ears moves every time we move our jaw.

For people who overproduce ear wax however, this self-cleaning mechanism may be hindered as the wax is produced too quickly for it to migrate out of the ear. The wax then slowly builds up over time, eventually reaching a threshold at which it becomes impacted. An ear blocked with impacted ear wax can cause symptoms such as hearing loss, itchiness, dizziness, tinnitus, pain (earache) and a feeling of fullness. In this scenario, manual ear wax removal with the aid of tools may be necessary, and this might be why you are reading this blog, so keep reading!

Ear Wax Removal Tools to Stay Away From

Cotton buds can be found in almost every household. Being so accessible, they are a popular choice when people are trying to fix a blocked ear, but they rarely work, and usually make the problem even worse. At Earworx we regularly see people who have used a cotton bud to try to relieve a blocked ear, but only succeeded in pushing the wax further down the canal making the blockage worse.

Sticking anything into your ear canal is not a good idea as our ear canals are very sensitive and you could cause trauma to the delicate structures. We have certainly seen ear canals with little blood blisters from people’s attempts to remove wax at Earworx, so we agree with the old adage ‘don’t put anything smaller than your elbow in your ear’. This includes bobby pins, toothpicks and long fingernails.

Some of the negative effects that have resulted from ear candling(2) include burns, perforated ear drums and ear blockages. Other risks of ear candling include:

Marketed heavily within the ear wax removal commercial industry, these soft ended ‘cork screw’ type implements claim to ‘twist’ into excess earwax to grip it, allowing you to simply pull it out. Earwax differs however between people in terms of its texture; one method simply doesn’t fit all. If the wax is too soft or hard, the twisty ended implement will only push wax further down the ear canal, worsening your symptoms.

Wax softening drops are one of the only ear wax removal tools that Earworx recommends to be used at home. These drops can help to break down, soften and loosen wax and can create a ‘gap’ in the impacted wax, providing you with temporary relief. Softening drops are readily available at most local pharmacies.

Before you try softening drops though, you should be aware that they are not suitable for everyone. If any of these apply to you, don’t use softening drops:

If you are unsure whether you can use wax softening drops, you should first check with a health professional.

The other thing to be aware of is that softening drops often won’t get rid of a blockage completely. That’s why we recommend the use of wax softening drops in conjunction with another removal method, like microsuction.

Where a practitioner is sufficiently trained, a safe and effective method of ear wax removal is microsuction. This is not something you can do at home; it is a technique performed by healthcare professionals who have received extensive practical training. All Earworx Clinic Managers are registered nurses who have completed both a period of study, and a practical placement. This means you can rest assured that you’re in safe hands when your excess ear wax is being removed.

Microsuction is a quick, safe method of wax removal and is the method recommended and used by Ears, Nose and Throat specialists. The best part about this technique is that no wax gets left behind – you can leave your appointment blockage free.

Microsuction is a quick, safe method of wax removal and is the method recommended and used by Ears, Nose and Throat specialists. The best part about this technique is that no wax gets left behind – you can leave your appointment blockage free.

What is the best remedy for a blocked ear?