Should I Worry About A Blocked Ear?

Whilst often not painful, a blocked ear may be better described as very annoying! It can affect every aspect of your life from hearing love ones at home to talking on the phone at work. Your voice echoes inside your head and your head feels numb, you feel unbalanced, and no matter how hard you blow your nose, pull your ear or jump up and down on one leg, you just can’t unblock that ear.

A blocked ear may occur after a cold due to congestion and related pressure changes in the middle ear. In a similar way, sinus infections and allergies can also lead to a blocked ear. For these issues please consult your local GP and pharmacist in the interim for symptom relief,

A blocked ear may also by caused by a simple wax build up. Ear wax, produced in the outer third of the ear canal, can build up within the ear for a variety of reasons (click here to learn more). Once wax reaches 80% build up or more within the ear canal, evidence tells us hearing may be affected*. Excessive ear wax can also cause a host of other symptoms including a feeling of blockage, fullness, itching, pain and ringing. 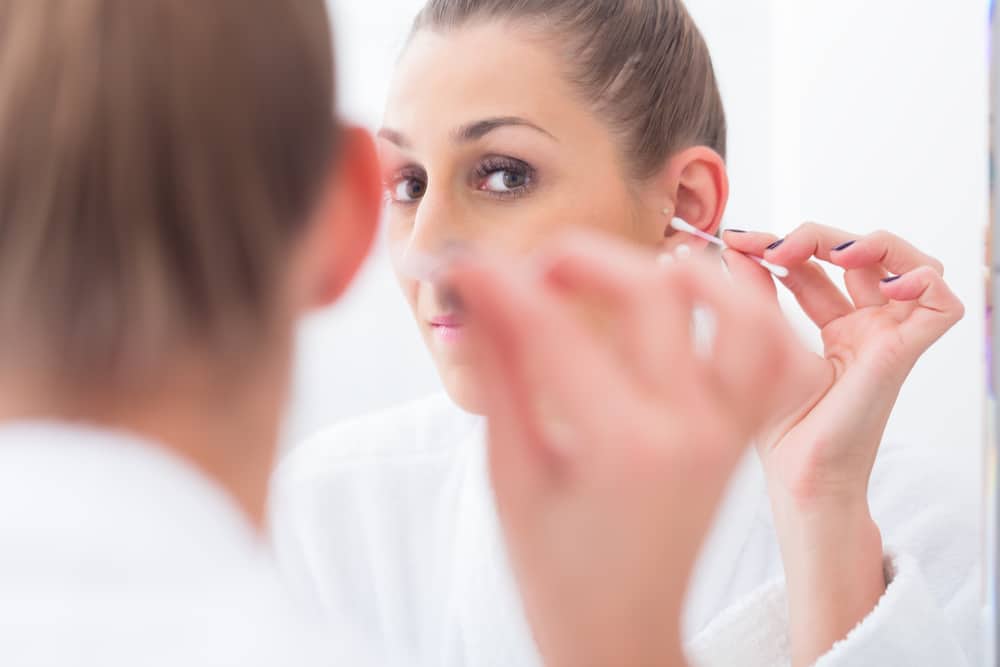 So, When Should I Be Worried About A Blocked Ear?

A blocked ear due to congestion and middle ear pressure changes will, in most cases, clear up naturally as your sinus function, cold or flu resolves. If you are experiencing pain or fever or any other symptoms of concern, err on the side of caution and follow this up with your local GP.

A blocked ear caused by excessive earwax is generally not a cause for concern but does need to be dealt with if it is causing symptoms or is preventing needed assessment of the eardrum*. Classic wax related symptoms include a feeling of fullness and blockage, hearing loss, itching, discharge, ringing in the ears, pain and a cough. Earworx clients often speak of feeling dizzy and imbalanced, and describe waking in the morning with a blocked ear that clears over the course of the morning, but then re-blocks again overnight. A feeling of water being trapped within the ear is another classic sign.

If you’re dealing with ears blocked by wax, a good first line of treatment is ear wax softening drops. These work to break down and soften the wax, encouraging the self cleaning mechanism of the ear to work more effectively. Wax may then be carried slowly out of the ear by the migrating skin layer. Please ensure you do not have a perforated ear drum prior to using softening drops.

Alternatively, you could try the micro-suction and curettage technique provided by Earworx qualified registered nurses. This can often provide instant removal of the wax blockage. The method works by using tiny instruments and gentle micro-suction to remove wax. It is safe, effective and the method of ear wax removal recommended by Ear Nose and Throat specialists.

Any home remedies you’ve heard about should be used with caution. Ear candling, or using cotton buds to remove ear wax can push wax further down the canal and potentially worsen your symptoms and are best avoided. The age old adage ‘nothing smaller than your elbow’ still applies!

Remember, earwax is a natural and healthy part of a functioning ear. Some are predisposed to overproducing wax leading to a blocked ear, but now at least you know that instant and effective help is available!