Is it Safe to Put Hydrogen Peroxide in Your Ear?

You may have heard that using hydrogen peroxide in your ears can help to break down or prevent the buildup of excess wax within the ear canals. But you may also be wondering, ‘is it actually safe to use?’

There is a lot of information available over the internet about what you should and shouldn’t put in your ears to remove built-up earwax. Let’s take a look at some information about hydrogen peroxide and also about earwax cerumenolytics (softening drops) in general. 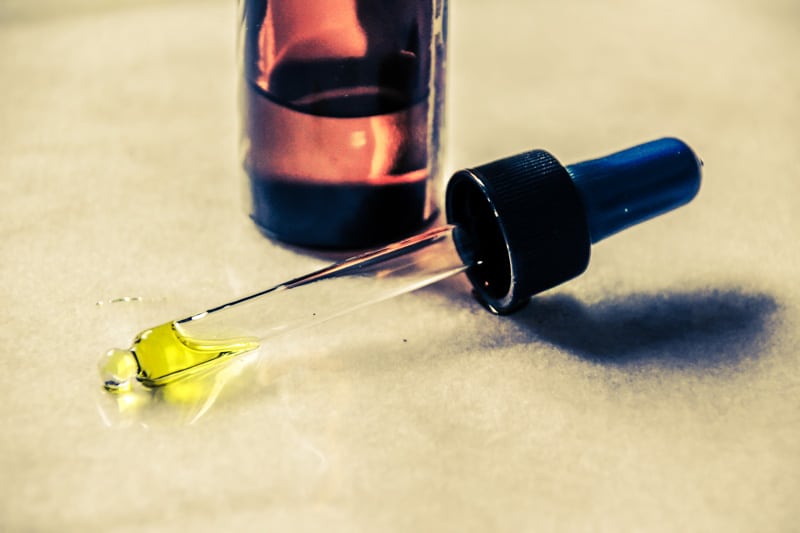 What Is Hydrogen Peroxide?

Hydrogen peroxide is an active ingredient in liquid form used in many earwax softening drops. It is also available as a stand alone product (hydrogen peroxide 3%) and can be used on its own to remove or prevent the build up of excess earwax.

When used as directed it is safe to use in your ears, however some people are unable to use wax softening drops OR hydrogen peroxide.

Firstly, please be aware you should not use softening drops in your ears if you:

You should also use softening drops with caution if you have a history of repeated external ear infections or suffer from skin conditions such as eczema or dermatitis.

How Does Hydrogen Peroxide Work?

Hydrogen peroxide works by breaking earwax down through the release of gas/bubbles (1), but does not soften the wax. This is why hydrogen peroxide is often combined with a softening agent such as glycerin or oil in order to increase its effectiveness in breaking down excess earwax (e.g. Ear Clear).

Hydrogen peroxide can be used as a ‘preventative’ to slow down the buildup of earwax once the ear is cleared. If you are part of the 1 in 20 adults who suffer from cerumen (ear wax) impaction in the population(1), regular use of hydrogen peroxide in the ear may slow the buildup of wax and help to lengthen the time between appointments for manual removal.

Hydrogen peroxide on its own can also be used to treat external ear infections. Click here to read a fact sheet published by the Victorian Eye and Ear Hospital in Melbourne in the use of peroxide for treating ear infections. Medical consultation should additionally be sought where you suspect your ear may be infected.

What Are Ear Wax Drops?

Ear wax softening drops, which may or may not contain peroxide, can be bought at most local chemists and help to soften and break down ear wax which has built up in your ear canal. Ear drops for wax come in three different varieties, which work to dissolve wax in different ways (1):

How to Use Hydrogen Peroxide

When using ear wax softening drops which contain hydrogen peroxide for blocked ears, it’s imperative that you use them in a safe way so you don’t put your ears at risk. If you are using hydrogen peroxide on its own, do not use any higher than 3% hydrogen peroxide as this may irritate the skin inside your ear canal.

Hydrogen peroxide 3% can be purchased from your local chemist or even some of the larger supermarkets. It can be administered using a dropper or even a teaspoon. It comes in an opaque bottle to protect it from the light; once decanted and exposed to light its ‘bubbling’ properties will be deactivated, so only decant what you need to use at the time.

Fill the dropper with peroxide 3%, place it at the entrance to your ear and fill up the ear canal with the solution. You may feel a warm, tingling sensation. Allow the solution to bubble and fizz for 1 minute before tilting your head the opposite way and tipping it onto a tissue (2). You can repeat this daily to remove wax until you do not see any more wax coming out on the tissue. For prevention, a few times a week will usually suffice.

For softening drops that contain hydrogen peroxide (or carbamide peroxide e.g. Ear Clear), you should follow the instructions on the bottle, including:

Consider the use of hydrogen peroxide:
• As a preventative
• Where you have a confirmed external ear infection and are unable to attend a service for microsuction

Prior to an Earworx appointment:

For more information about understanding hydrogen peroxide use in your ear, contact Earworx today and ask to speak to one of our qualified registered nurses.