How To Remove Ear Wax Blockage

Ear wax blockages are common in both children (1 in 10) and adults (1 in 20) and can normally be detected by symptoms related to wax build-up such as hearing loss and a feeling of blockage.

Most of the time the ear does a great job of cleaning itself. Ear wax is formed in the outer third of the ear canal when secretions from oil and sweat glands mix with dead skin cells, dust and dirt and hair. It migrates out of the ear by a ‘conveyor belt’ motion of the superficial skin layer and is assisted by jaw movement which carries it to the external ear where it either falls out or can be wiped away.

But sometimes ear wax can build up and cause a feeling of blockage. When this happens it’s important to know how to remove it quickly and easily. Read below to learn more about ear wax build-up and how to remove an ear wax blockage safely and effectively. 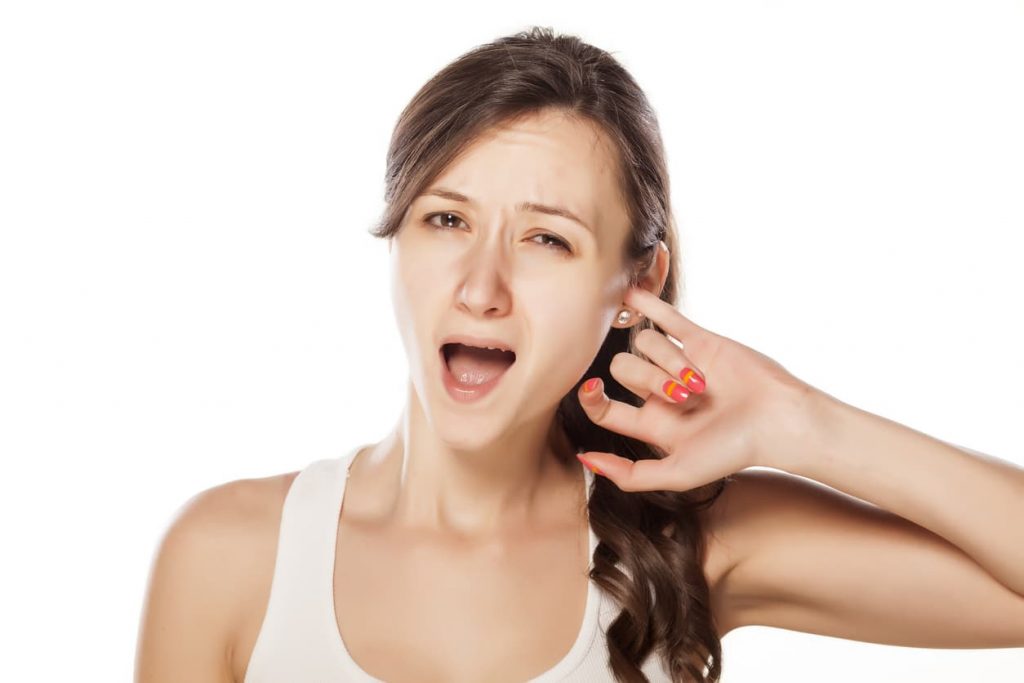 Accumulation of earwax caused by failure of the self-cleaning mechanism or pushing earwax down the ear canal through improper wax removal methods is one of the most common reasons patients seek medical care for ear-related problems and a feeling of blocked ears. Try to avoid those cotton buds! Once earwax reaches a point where the eardrum can no longer be viewed, or you are experiencing symptoms related to wax build up, removal of excess ear wax is clinically indicated.

In addition to a feeling of blockage related to wax build up, you may also experience:

Our clients often describe waking up with a blocked ear, hearing noises in the ear over the course of the morning leading to the ear eventually unblocking, but again the ear re-blocks overnight. This is because movement of the soft, outer part of the ear through chewing and talking causes the wax to move which creates temporary gaps in the wax and allows sound to travel down the ear canal to the drum ‘through the gaps’. The solution of course is to remove the occluding wax.

Why Did My Ear Block To Begin With?

Your ear may have become blocked because you:

Sometimes the ear is partially blocked with wax but after swimming or showering water becomes trapped behind this wax. The water then absorbs into the wax causing it to expand and block the ear.

There are a number of home remedies commonly used to remove built up ear wax, but not all are recommended. A good first step is to try ear wax softening drops. Ear wax softening drops can be used ONLY if there is no perforation of the ear drum (seek clinician advice prior if you are unsure as a hole in the eardrum or previous ear surgery may make this remedy unsuitable). Ear wax softening drops, normally purchased from your local chemist, are used to both soften and disintegrate the wax built up within your ear canal. They are often used in combination with other wax removal techniques such as micro suction and curettage, to assist in a quicker and more gentle removal of wax. Softening drops may lead to a ‘gap’ being created in the wax, which may provide some temporary relief with respect to the blockage (and help you regain some hearing) prior to manual removal and on occasion may also lead to a complete resolution of impacted wax. This is more likely when the volume of wax is minimal. Always ensure to have your ear checked by a professional afterwards to ensure no wax has remained in the ear canal.

If your symptoms don’t subside following the use of ear-softening drops, you should consult a professional. The wax may be too large, deep or dry for the softening drops to be effective, and wax may need to be removed using safe and effective micro-suction and curettage.

This procedure is administered by qualified, registered nurses who use small instruments and gentle suction to remove excess wax from the ear. Symptom relief is normally immediate. Education is then provided on what can be done to prevent symptoms from recurring.

Note – for any unresolved presenting symptoms following wax removal, it is important to consult a medical professional.